at the basic perspective of Zen

The mythology of Zen is based on silent transmission of teachings beyond the sutras - because, as Zen claims, words or voice do not convey the truth of Buddhism.  But Zen masters used their voice to convey that voice is not a vehicle to convey the truth.  And we know about this because Zen literature is made of recorded texts in form of words, which were transmitted throughout generations.

Zen literature, ironically recorded in words, informs us that words of text are not a vehicle to convey the truth (leading to enlightenment). In his "Introduction of Zen" to the Western world, D.Suzuki informs us that:

"Zen claims to be Buddhism, but all the Buddhist teachings as propounded in the sutras

of intellect and nothing more."    page 8

using language to imply the "superiority of Zen" over language -

originates from a mind based on dualism: separating the physical aspect

Through the perspective of Nonduality, however,

the recorded teachings (which take a physical form),

and their intended meaning (which relates to the mental domain) -

Nonduality views the two aspects of Form (words) and Formlessness (meaning) as "two-but-not-two".  The word of language (having a concrete form) and the meaning (being formless) are indeed two categories - but they are inseparable from each other.

Zen denies that the truth of Buddhism can be conveyed through words -  but to express this denial, Zen uses words to covey that words cannot be used to convey the truth.

In his book "An Introduction to Zen Buddhism", D. Suzuki states that:

-  "... the human tongue is not an adequate organ for expressing the deepest truth of Zen" p.3,

This affirmative rejection of words is necessary for Zen to establish a justification for the belief in the myth of wordless transmission of information, because Zen mythology originates from the view that the foundation of Zen, (being the Flower Sermon) was a wordless, mind-to-mind, transmission.  This is why Zen regards the physical medium of voice or words as 'unnecessary' for the mental telepathy of communication.  The very foundation of Zen, is an expression of dualistic perspective: separating the physical aspect of phenomenon (voice) from its mental aspect.

Where do words of language originate?   According to Zen, human languages evolved through giving names to what we discern in our surroundings through using our senses for this purpose.  And because the senses we employ cannot reveal the "inner truth" of what is observed, then words do not have capacity to convey the truth. This way of understanding, however, is based on false a assumption, which relates the origin of words to the senses.  In fact, words of language are products of the mind, not a product of bodily senses.

According to Buddhism, human mind is not controlled by the senses.  Deeper levels of mind can perceive what the senses cannot.  It is true that discernibility and separation between objects is important to give temporal identity to what exists around us - but this is not the end of the matter.  The senses distinguish differences between things, but the mind perceives interconnectedness of phenomena.

There is no sense organ to distinguish interconnectedness, or mental phenomena such as anger, love, intellect ...etc, and one word - such as love, for example, encodes a whole world of emotions and relationships - which are imagined and understood, a whole world of wonder.  To dismiss the capacity of words to convey mental aspects of life is a limitation of the mind of Zen.

On the surface, Zen consciously disregards the words of sutras, but - in the same time - acknowledges concepts which are "borrowed" from the sutras.  Prominent masters of Zen even go as far as using their voice to lecture on the Lotus Sutra.

The mental capacity of words

Voice and words are products of the mind, and the mind has no boundary or limitation.  Words of language are tools for communication and for transfer of knowledge, they are vehicles containing essence and meaning set by the capacity of the mind.  If the mind is based on the truth, then words can convey the mind of truth.

Language is what differentiates human beings from animals, and to disregard language is a failure of Zen on humanity level.  The evolution of knowledge and progress of humanity could not have been achieved without words of language, whether orally transmitted or recorded in various forms.

Can words express enlightenment?  Obviously, the mind of an ignorant person would produce speech, which conveys ignorance, contrary of the speech conveyed by a mind of an enlightened person.  Enlightenment is always to something, and the mind of Buddhahood is capable of encoding certain observations or facts (or truth of life) - through words.

For example, the word "Interconnectedness" successfully describes a basic truth permeating an infinite web of events.  It is one word, which opens the gate to a field of infinite phenomena and relations of extremely complex reality.  It expresses the way how all diverse phenomena co-exist in this dynamic reality of nature, we are part of.  This is just an example of how the mind is capable of referring  - just by one word - to this absolute truth of how all living beings are interdependent, sharing life and their environment.  One word of "interconnectedness" encodes a principle, upon which the whole world functions in the reality of life, it express a Truth valid in all time and space.  A truth valid over time ans space, and experienced by all living entities is simply absolute.

The principle of Nonduality, expressed by the oneness of the individual's life and its environment - is another expression of the word "Interconnectedness", and it is the foundation of Buddhism, as Miao-Lo (711- 782) explains:

[all realms of existence].  Therefore, when one attains the Buddha way, one puts oneself

in accord with this fundamental principle, and one’s body and mind at a single moment

Similarly, the word "Impermanence" - or the truth of Change (that nothing stays the same) - is an expression of a truth that is valid over time and space.  Zen suggestion that the mind is incapable of expressing Ultimate or Absolute Truths - expresses doubt about the capacity of the mind of Zen.

Simply, a truth, which is valid beyond the domain of time and space, is an absolute truth, and it is not dependant on one's bodily senses or whatever restriction.  It is Zen disbelief in the mental capacity of the individual to understand the universal dimensions of life - despite complexity - this disbelief is Zen limitation.  The words "Nonduality", "Interconnectedness", "impermanence", "the Buddha mind", and others - are considered in Zen as mere collections of letters, conveying nothing: "In Zen there is nothing to be explained by means of words".

The Voice, as an expression of the Mind

Regarding the phenomenon of voice (and in order to clarify the inseparability of the two aspects of the physical and the mental), Nichiren states:

and the voice, the physical aspect. The spiritual aspect manifests itself in the physical.

A person can know another's mind by listening to the voice.

This is because the physical aspect reveals the spiritual aspect.

The physical and spiritual, which are one in essence, manifest themselves as two distinct aspects.”

Voice and the Buddhist teaching of the Triloka

The world of Form relates to the physical aspect which acquires distinguished forms.  The world of Formlessness is the mind or unrestricted intellect - such as various abstract concepts, and the world of Desires represents the emotional drives.

Intellectual concepts (formlessness) and Desires (motivations) - both belong to the mental aspect of phenomena, while the world of Form expresses the physical aspect.

In the perspective of Dualism, the physical and mental aspects are separable, while according to Nonduality, it is not possible to separate the mental from the physical, thus the three domains of the Triloka are inseparable.

The phenomenon of Voice is the most apparent expression of Nonduality (of the two aspects of body and mind).  Voice employs the physical process of creating vibrations for the purpose of conveying a mental message.  Spoken words convey meaning, and the nature of meaning is mental.  In fact, we can discern the level of intellect of the speaker through the contents of their spoken words - and equally importnat, we can discern also emotions within uttered words, such as anger, calmness, depression, etc.

Zen Dualism separates the physical word from its mental message, as absurd as someone separating the mental content perceived by listening to music or singing - from its acoustical vibrations.

the sound of one hand clapping

This well known koan is a clear expression of Zen Dualism.  Perceiving sounds (or hearing) - is a mental quality, while clapping (to produce sound) - is obviously physical.  In the perspective of Nonduality it is just a waste of time and intellect to construct a corrupt structure of imagination, as this koan does, separating the mental aspect of hearing from the physical cause of producing the sound.

Buddhism is based on the truth that the world and its varied phenomena are not random, and that the underlying principle that binds reality is the bond of cause of events and their consequences.  Zen thinking in this (and other koans) is based on the futile separation between the true cause of an event and its related effect.   The bond between Cause and Effect is the foundational truth of all natural phenomena and also mental events (including the concept of Karma).  The koan of imagining hearing the effect of sound without a real cause to produce it (separating cause from its effect) - is akin to mental distortion or hallucination.

In psychological terms, the tendency of Zen master to "shock the mind of listener" and simply to show off of being tricky and clever over astonished disciple - is characteristic among competing teenagers: where the tendency for competition between kids drives them to making "clever" puzzles, challenging each other for answer to gain a position.  It is a form of intellectual bullying.

Many Zen koans in essence fall in the category of kids puzzles.

For example a koan starts by a question of "what is most priceless thing?", and the master's answer was "the head of a dead cat, because no one gives it a price" - an answer relevant to kids mind of immaturity.

Another noise-making koan is:

what was your face before you existed in this life

and this koan of your original face before your parents conceived of you - is  "good" examples showing Zen escapism from reality:

A Zen master asks, “Show me your Original Face, the face you had before your parents were born".

This koan implies the concept that your "original self" is disassociated from the current physical reality (of birth in this lifetime, having parents, and current environment).  To imply that one has two selves, one original, the other not original, is a product of a schizophrenic mind of Zen master.

The question arises: why koans producing incoherent, senseless and time-wasting images - were blindly conveyed generation after another?  Why did Zen followers accept such kids-play-of-words, without challenging their source, and without questioning the background tendency for domination of Master over novice through mental bullying.

If you are a novice Zen follower, who do not answer a question as the master expects, you are a failure, you do not have a mind of your own.  This is evident in almost all contents of Zen literature: modern followers praising and repeating old masters nonsense.

Zen Dualism: The Denial of Buddhahood in the Physical Reality 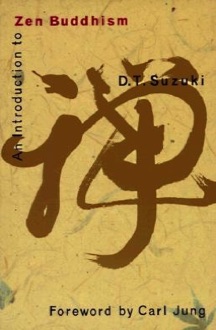