Zen escapism from the reality of life

In his book "Silence",  master Thich Nhat Hanh promotes the practice of "Sitting for the sake of sitting":

"We tend to always be going in a certain direction,

and having a particular aim in mind.

[Zen] Buddhism, on the other hand, has  a certain

Whatever you are doing,

whether it is watering the garden, brushing your teeth,

or doing the dishes, see if you can do it in a way that is "aimless".

Sitting in silence can be wonderfully aimless".

While the essential teaching of Mahayana Buddhism is to reveal one's Buddhanature (through actions for self-mastery, compassion and creating benefit for self and others) and this requires dedicated efforts - Zen, however, teaches that Aimlessness is important Zen concept:

"Aimlessness is an important Zen teaching which helps us to stop drifting into the future of “if” and “when”,

and focus on the single point of now".

Aimlessness means: You already are what you want to become. Does a tree have to do something?

The purpose of a tree is to be itself, and your purpose is to be yourself".  https://shifuyanlei.blog/tag/zen-buddhism-chan/

Zen literature asks: does a tree have to do something?  The answer is yes, there is lot of hard work in the soil to spread its roots and a tree that has shallow roots is easily uprooted.

Any living entity that exits - has a function to perform.  Having a function to live in harmony with the surroundings - in a complex reality of life - implies having aims, and having aspirations to realise.  One's life is not arbitrary nor aimless.  To teach "aimlessness" runs against our nature as human beings.  Zen aimlessness is nothing but lack of ambition to work harder to create value in life, and lack of belief in the individual's Buddhanature and capacity to create value in life.

While Buddhism requires diligent and sincere efforts aimed at self development and at refining one's quality of actions for others, Alan Watts book "This Is It" informs us of Zen inspiration and focus - as explained by the "great master Lin-Chi" :

"In Zen there is no place for using efforts.

Just be ordinary and nothing special.

Invitation to live "beyond time and space"

Zen literature invites for exploring a world floating beyond reality.  The following statement of D. Suzuki in his introduction to Zen (page 52) tells us how 'wrong we are', when we think within the reality of this moment, in which our senses exist in time and space:

"So long as one is conscious of space and time, Zen will keep a respectable distance from you;

your holiday is ill-spent, your sleep is disturbed, and your whole life is a failure".

"A distinguished teacher was once asked: Do you ever make any efforts to get disciplined in the truth?

"How do you exercise yourself?"

"When i am hungry I eat, when tired I sleep".

"That's what everybody does; can they be said to be exercising themselves in the same way you do?"

"No. Because when they eat they do not eat, but are thinking of various other things,

thereby allowing themselves to be disturbed,

and when they sleep they do not sleep but dream of a thousand and one things.

This master is telling us that the rest of humanity, or all people  (who "are not like myself") - are wrong in the way how they eat and sleep, and all people are different from him, because he eats and sleeps without thinking.

Any person would agree that the answer to the question: what is the most treasured thing in the world? - would be : Life.  Life is the most valuable treasure in existence.  But a clever Zen master had a different answer:

“There was someone who asked Chan master Ts'ao Shan: "What is the most expensive thing in the world”?

The master replied: “The head of a dead cat, because no body gives it a price”.

In his book "Pointing at the Moon", page 70, Alexander Holstein offers an explanation to the abovementioned koan, as being the master’s attempt to ‘shock the usual way of thinking’ of the questioner, and to teach his disciple to “destroy the common values of ordinary mind” - and that's why he answered the question about value in a bizarre shocking way!

The master's answer to the question of “what is valuable?” - was: “what is not valuable” !.

It is also apparent that Holstein (as a commentator who tried to explain the master’s bizarre answer) – also lacked any idea of how to answer the question: "what is valuable?" or what does Buddhism consider as valuable.  The master’s intention in giving a trivial answer - we are told by Holstein - was aimed to “destroy the values of ordinary mind” , implying that there is a great wisdom in that answer.

Buddhism teaches, that the ordinary mind of common people (of the Nine Worlds) contains within it the Buddha mind or Buddhanature as well. The “common values of ordinary mind” contain also humanistic values such as compassion, courage, seeking spirit, altruism, love…etc… common values, which can be rather enriched through Buddhism - rather than “destroyed”.

To inherit koans from past masters without questioning or refuting the immature essence of such koans, and circulating it in today’s Zen literature - this is part of the problem of Zen values.

One of contemporary Chan masters, Guo Jun, relates in his article in Tricycle magazine (spring 2013) about the process of inheritance of Zen teachings that:

“We look into the essence of the virtue and the qualities that have been passed down to us.

We acknowledge these qualities in ourselves, and we seek to pass them on to others” .

This answer explains the stagnation of Zen.  It confirms that the teachings imbedded in various koans are passed on through generations as ‘accepted values', without questioning the quality or maturity of their teachings. 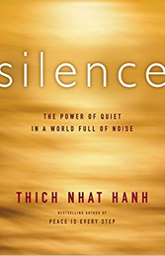